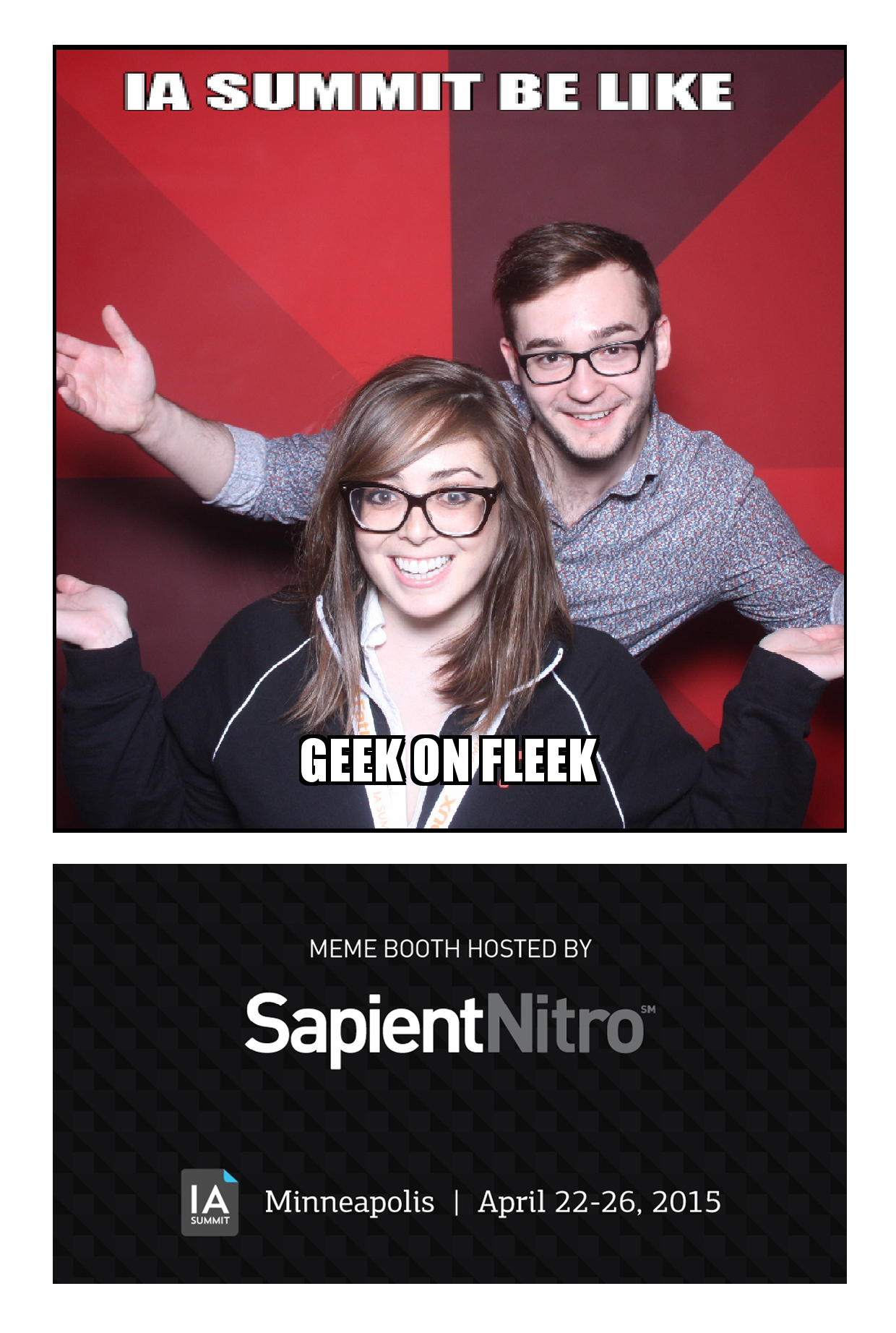 Sapient Nitro asked for the unique and different for the IA Summit in Minneapolis and Snapz delivered the one and only Meme Booth. The user posed for four shots in front of a custom backdrop.  After the fourth image was taken, the user was prompted to type an ending to the sentence “IA Summit Be Like…” which instantly appeared on the image. Printouts, GIFS and social uploading were available after the process.